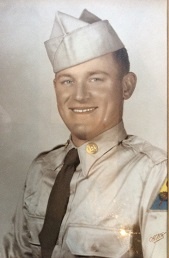 Zachary Taylor Rogers, Jr., age 83, of Peotone, passed away on Saturday, November 28, 2015 at Franciscan St. James Hospital in Chicago Heights. He was born on April 6, 1932 in Winchester, TN, the son of the late Zachary Taylor Sr. and Virgie Lee (Bishop) Rogers. He married his wife, Doris L. (Womack) Rogers on June 25, 1956 in Huntsville, Alabama. He was a retired Local 502 cement mason. He was a US Army Veteran serving in the 6th Armored Division from Fort Leonardwood, Missouri. He enjoyed auctions, antique collecting, and all outdoor activities including fishing and hunting.

To send flowers to the family in memory of Zachary Rogers, please visit our flower store.