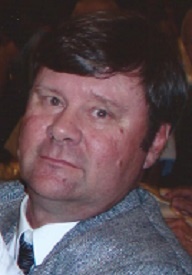 Bill was born December 2, 1956 in Joliet, IL, the son of the late Ray and Hazel (Tabbitt) Kannberg. He was a graduate of Manteno High School and Kankakee Community College. He was a farmer and a member of the Young Farmer’s Association of Kankakee County. He also served as the Assistant Dairy Cattle Superintendent at the Will County Fair. He was a lifelong member of the Immanuel United Church of Christ in Peotone where he was baptized, confirmed, and served on the Church Board. He enjoyed hunting and was a Chicago White Sox and Chicago Bears fan. He loved spending time with his family; especially with his nieces and nephews and great-nieces and great-nephews.

He was preceded in death by his parents; a sister, Betty Olson; and a niece, Susan Johnson.

To send flowers to the family in memory of William Kannberg, please visit our flower store.