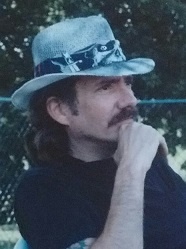 He is survived by his wife, Evelyn M. (Miller) Nelson who he married on July 27, 1984 in Markham, IL. He is also survived by three children; Joshua Nelson of Lake in the Hills, Jessica (David) Finney of New Lenox, and Jason Nelson of Chicago; two grandchildren, Angelina Nelson and Alexander Finney; one sister, Terry (Steve) Sawatski of Huntley; and numerous nieces and nephews.

To send flowers to the family in memory of Toby Nelson, please visit our flower store.