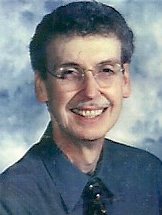 He was born June 13, 1949 in Jackson, TN, the son of the late James and Nelda (Scott) Henley. He was a retired teacher and principal. He started teaching in 1971 at St. Patrick Academy in Momence, IL where he taught for one year. From 1972-1999 he taught English and World History at Bradford High School in Bradford, IL. From 1999-2003 he was Principal at Westmer Junior/Senior High School, Joy, IL. From 2003-2006 he was principal at Wethersfield Elementary School in Kewanee, IL from where he retired. He was a member of Grace Anglican Church in Galesburg where he served as an ordained Deacon from 2008-2013. He loved his family, to read, traveling, and keeping up with his past students.

He is survived by his loving wife, Jean (Grimes) Henley who he married on September 4, 1977 in Peoria; a sister, Denise (John) Arnone of Peoria; 3 brother-in-laws and sister-in-laws, Jim (Julie) Grimes of Kankakee, Jerry (JoAnn) Grimes of Manteno, and Jay (Paula) Grimes of Bourbonnais; nieces and nephews, Steve (Carri) Grimes, Scott (Candace) Grimes, Julie (Mark) Murray, Judy Grimes, Neal Grimes, and Erin Grimes; 5 great-nieces and nephews; and numerous aunts and cousins living in Tennessee. He was preceded in death by his parents and his father-in-law and mother-in-law, William and June Grimes.

Visitation will be held at the Fedde-Helfrich-Cross Funeral Home, 112 W. Main St., Peotone, IL on Thursday, August 29 from 9:00 a.m. until the 10:00 a.m. funeral service, Father Andy Ainley officiating. A memorial service will be held at Grace Anglican Church in Galesburg at a later date. Burial will be at Peotone Cemetery. Pallbearers will be Jim Grimes, Jerry Grimes, Jay Grimes, Neal Grimes, Scott Grimes, Steve Grimes, John Arnone, and Mark Murray. In lieu of flowers, memorials to Grace Anglican Church of Galesburg would be appreciated.

To send flowers to the family in memory of T. Henley, please visit our flower store.