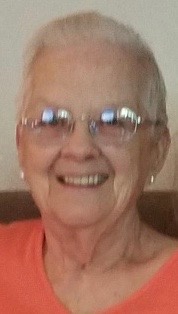 Ruth Gorenz, age 86, passed away peacefully on Tuesday, June 30, 2020 in Manteno, IL.  Ruth raised her 5 children with her husband, Ed, in Alsip, IL.  Ruth preferred to be called “Ma” by all who knew her and her favorite thing to do was feed everyone in her presence.  Later in life she moved to Michigan with Ed, only to be widowed a short time later when he succumbed to cancer.  Ruth was a strong woman that survived many surgeries and health issues for years after Ed’s passing.  Eventually Ruth came back to Manteno, IL where her eldest daughter, Arlene, and son-in-law, Jim, provided the best care anyone could hope for.

Ruth was predeceased by her husband, Edward Gorenz; daughter, Diana; and 2 sons, Edward and Andrew.  She is survived by 2 daughters, Arlene (Jim Donnelly) and Terri (Bob Wippo).  Ruth is also survived by 14 grandchildren and 13 great-grandchildren.  To abide by Ruth’s wishes there will be no memorial service.  In lieu of flowers, memorials to St. Joseph Catholic Church, 207 S Main St. Manteno, IL 60950 would be appreciated.

To send flowers to the family in memory of Ruth Gorenz, please visit our flower store.

No services to be held