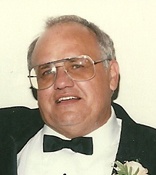 He was born on November 16, 1938 in Chicago, the son of the late Rudi and Theresa (Novakovich) Belazi. He was a painter, retiring from Oak Forest Hospital after 30 years of employment. He was a diehard Chicago Cubs fan and also of the Chicago Bears. He was a US Army Veteran and member of the Peotone American Legion Post 392. He loved classic cars, including Corvettes. He was a person who always wanted to be busy and always open to help his friends whenever needed.

A memorial visitation will be held at the Fedde-Helfrich-Cross Funeral Home on Tuesday, October 1 from 4:00 - 8:00 p.m. A memorial service will follow visitation at 8:00 p.m., Deacon James Kelly officiating. Cremation rites have been accorded. In lieu of flowers, memorials may be given to VITAS Hospice or Mesothelioma Research.

To send flowers to the family in memory of Rudolph Belazi, please visit our flower store.