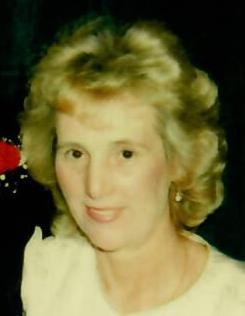 Rosemary T. Lippl, age 76, of Peotone, passed away on Friday, May 25, 2018 at Franciscan St. James Hospital in Chicago Heights.

She was born on June 20, 1941 in Glasgow, Scotland, the daughter of the late Henry and Mary (McCole) Ferguson.  She was a member of St. Paul the Apostle Catholic Church in Peotone and was a devoted wife and mother.

Rosemary is survived by her husband, Adolf Lippl of Peotone who she married on February 11, 1961 in Oshawa, Ontario Canada.  She is also survived by a daughter and son-in-law, Ingrid (Brett) Lippl-Simison of Maui, HI; a son and daughter-in-law, Antony (Anik) Lippl, of Montreal, Canada; and 4 grandchildren, Zion Zimmerman, Sophia Lippl, Donovon Lippl, and Sebastien Lippl.  She was preceded in death by her parents; 4 brothers, and 2 sisters.

To send flowers to the family in memory of Rosemary Lippl, please visit our flower store.