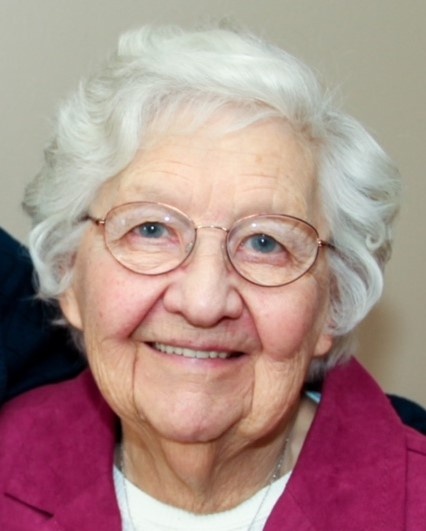 She was born on November 9, 1931 in Chicago, IL, the daughter of the late Paul and Edith (Lembcke) Schmidt.  She married the late Neil Norman Ehlers on March 31, 1951 at St. Mary’s Catholic Church in Riverdale, IL.  Rosemary was retired from the railroad and was a devoted wife, mother, and grandmother.

She is survived by four children, Neil (Victoria) Ehlers Jr. of LeRoy, IL, Susan (Kenneth) Shivers of Peotone, IL, Edith (John Thomas) Duckworth of Peotone, IL, and David (Zoe) Ehlers of Farmington, IL; 14 grandchildren; 13 great-grandchildren; a brother, Michael Schmidt of Washington and numerous nieces and nephews.  She was preceded in death by her husband, her parents; 5 brothers, and 1 sister.

Visitation will be held at the Fedde-Helfrich-Cross Funeral Home on Friday, November 9, 2018 from 10:00 a.m. to 11:00 a.m.  Funeral services will be held at 11:00 a.m., Deacon Jim Kelly officiating.  Burial will take place at Peotone Cemetery.  Pallbearers will be Jason Duckworth, Neil Ehlers III, Matthew Shivers, Robert Duckworth, Grant Duckworth, and Bryce Ehlers. Memorials to the family’s wishes would be appreciated.

To send flowers to the family in memory of Rosemary Ehlers, please visit our flower store.