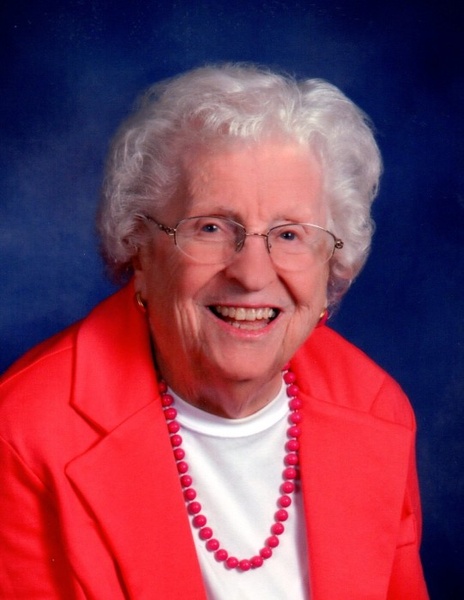 She was born January 11, 1920, the daughter of August and Alvina Pralle in Grant Park, IL.  She graduated Peotone High School, class of 1938.  She married Richard H. Albers on October 25, 1941.  He passed away on May 11, 2002.  They shared their faith and love for 61 years.  They were lifelong residents of Peotone until 2010 when Roscella moved closer to her family.

She was a self-employed beautician for 37 years.  She was an active member of the Women’s Guild at her church, Immanuel United Church of Christ.  She was also a member of the Peotone American Legion Auxiliary serving a term as president.

In addition to her husband, she was preceded in death by her parents; a sister, Evelyn Dierking; and a brother, Melvin Pralle.

Visitation will be held at the Fedde-Helfrich-Cross Funeral home on Saturday, September 21 from 10:00 a.m.-11:00 a.m. with funeral services beginning at 11:00 a.m., Nancy Wheeler officiating.  Burial will be at Peotone Cemetery.

To send flowers to the family in memory of Roscella Albers, please visit our flower store.