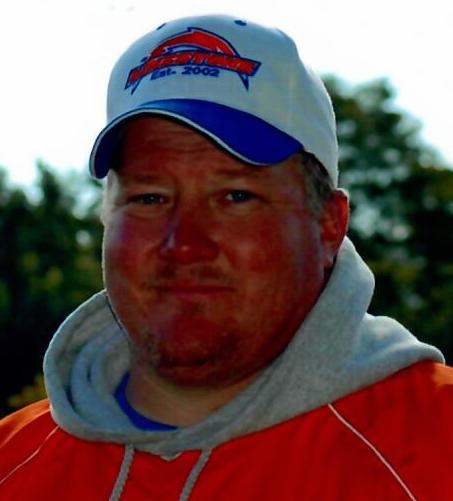 He was born on June 28, 1968 in Harvey, IL.  He was a Peotone High School graduate, Class of 1986.  He was a pipefitter with Local 597.  Robbie loved watching his kids play sports as they grew up, enjoyed auto racing, and going to car shows.  He also loved spending every evening with his Beagles:  Ellie, Cameron, and Sloane

He is survived by his wife, Christine (Jones) Allen who he married on September 10, 1994 in Kankakee; his mother and step-father, Patricia and Bill Carbine of Skanee, MI; his children, Trevor Allen and Drew Allen both of Limestone and Meghan Allen of Bourbonnais; a grandson, Jackson; 2 sisters, Staci Heflin and Shannon (Scott) Bisping; and a brother, Tony (Dawn) Allen all of Peotone; his father-in-law and mother-in-law, Donald and Joyce Jones of Limestone; a brother-in-law, Mike (Kelly) Jones of Limestone; his step-mother, Beverly Allen of Chicago Heights; 2 step-brothers, Steve (Lynne) Steinhauer and Ray (Keni) Steinhauer both of Crete; a step-sister, Stacey Steinhauer of Chicago Heights; and numerous nieces and nephews.  He was preceded in death by his father, Robert Allen.

To send flowers to the family in memory of Robert "Robbie" Allen, please visit our flower store.