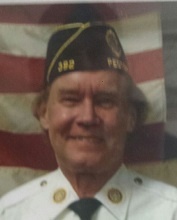 Robert Dennis Sea, Sr., AKA: Bob and Pa, age 65, passed away Sunday, February 22, 2015 at his residence in Peotone. He was born October 15, 1949, the oldest of 8 children. He is survived by his previous wife Lida (Matijczuk) Sea; his children, Jennifer (James) Ostrowski, Robert Jr., and Melissa, and his grandchildren: Zachary, Madelyn, Emma and Wyatt Ostrowski. Robert has been a resident of Peotone since 1991. He was a US Army Vietnam War veteran serving as a Specialist 4 in the reconnaissance division. He was very well known in the community for his presence and work at the Peotone American Legion Post 392 where he served as past commander and was very active in the Adopt a Soldier Program. He was also the former service manager at Dralle Chevrolet and Buick in Peotone.

To send flowers to the family in memory of Robert Sea, Sr, please visit our flower store.