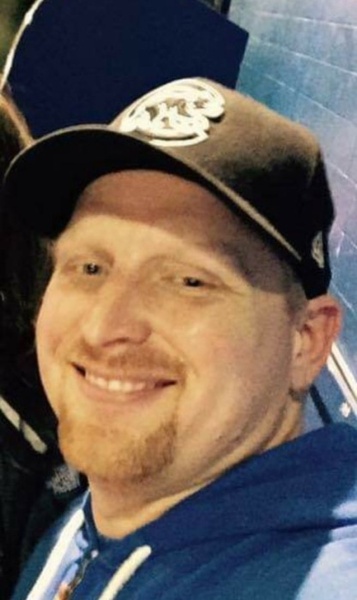 He was born on September 23, 1980 in Palos Heights, IL; the son of Guy N. and Susan (Hartman) Nelson Sr.  Robert was a 20-year in good standing member of the International Brotherhood of Boilermakers Local 1 of Chicago.  He was an avid Chicago Cubs and Green Bay Packers fan.

He is survived by his father, Guy N. Nelson, Sr. (fiancé Dee Someson) of Mokena; his twin son and daughter, Jayce B. and Delanie E. Nelson of Hometown, IL; his fiancé, Cillia J. Wojcik; the mother of Jayce and Delanie, Krista M. Wilkinson; his brother, Guy “Nick” Nelson of Mokena; his sister, Elizabeth A. (Joe Kwiatkowski) Nelson of Chicago; 2 nephews, Donald E. Nelson III and Blake J. Kwiatkowski; a niece, Brelynn R. Nelson; and many aunts, uncles, and cousins.  He was preceded in death by his mother, Susan (Hartman) Nelson (August 23, 2013); his daughter, Kaylah M. Lentine; his paternal grandparents, Donald and Ruth Nelson; and his maternal grandparents, Robert and Emily Hartman.

A public visitation will be held at the Fedde-Helfrich-Cross Funeral Home on Saturday, June 13 from 2:00 p.m.-6:00 p.m.  The wearing of a face mask will be required to attend this visitation.  The family also encourages all who wish to either wear Chicago Cub or Green Bay Packer attire.  In lieu of flowers, donations to Robert’s children would be appreciated

To send flowers to the family in memory of Robert Nelson, please visit our flower store.