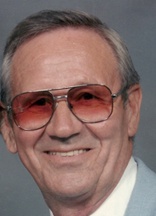 Visitation will be held at St. Paul the Apostle Catholic Church in Peotone on Saturday, November 9 from 9:00 a.m.-10:00 a.m. with a Mass of Christian Burial celebrated at 10:00 a.m., Father Denis White officiating. Cremation rites will be accorded following services. Inurnment will take place at Skyline Memorial Park in Monee at a later date. Memorials to the American cancer Society would be appreciated.

Mr. Grove worked in production for General Motors at the Ohio manufacturing facility, was a US Army Veteran, member of the American Legion, and member of St. Marias Goretti Catholic Church in Westfield, IN.

He is survived by his wife, Marie Theresa (McColgan) Grove of Westfield, IN who he married on May 28, 1994 in Vero Beach, FL. He is also survived by 2 daughters, Lorri Grove of West Virginia and Lesli Halliburton of Tennessee; 7 step-children, Denise Callahan of Bourbonnais, Dennis Callahan of San Antonio, TX, Colleen (Tom) Dumais of Wonder Lake, IL, Kathleen Callahan of Park Forest, IL, James (Denise) Callahan of Loveland, OH, Bridget Kottmeyer of Peotone, and John (Diana) Callahan of Westfield, IN; 17 grandchildren; 10 great-grandchildren; 1 great-great-grandchild; 1 brother, Bill; and 4 sisters, Dawn, Gladys, Linda, and Bonnie.

He was preceded in death by his parents; a daughter, Lynne Butler; and 7 brothers and sisters.

To send flowers to the family in memory of Robert Grove, please visit our flower store.