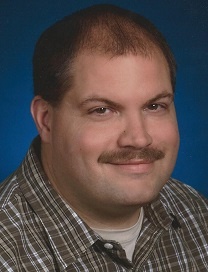 Richard “Rick” Schumacher, 38, of Peotone, passed away suddenly Thursday, October 30, 2014. He was born December 27, 1975, at South Suburban Hospital in Hazel Crest, IL, the son of the late Ronald and Susan (Heine) Schumacher. He worked as a machine operator at Bernard Welding in Beecher, IL. He was a member of the Immanuel United Church of Christ in Peotone. He was an assistant little league coach in Crete. He enjoyed camping and helping his family and friends whenever it was needed.

Rick is survived by his wife, Jennifer (Schubbe) Schumacher of Peotone who he married on June 26, 1999 at Immanuel United Church of Christ in Peotone. He is also survived by his Paternal Grandmother, Kathryn (Martin) Schumacher Bruder of Matteson; his sister, Sherri (Anthony) Jones of Steger; his brother, Robert (Leanne) Schumacher of South Chicago Heights; his father-in-law and mother-in-law, Leroy and Virginia Schubbe of Monee; and numerous nieces and nephews. He was preceded in death by his Paternal Grandfather, Dale Schumacher; and Maternal Grandparents, Wilbert and Marian Heine.

To send flowers to the family in memory of Richard Schumacher, please visit our flower store.