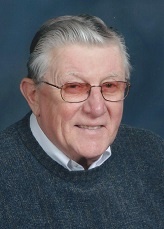 He was born on June 19, 1937 in Joliet, IL, the son of the late Elmer and Dorothy (Jarmuth) Reichert. He married Carole (Ely) Reichert on December 12, 1966. He was a US Army Veteran serving as a paratrooper. Rich was the former owner of Cliff and Tommy’s Bar in Monee and a former sales manager for several liquor and beer companies. He most recently worked as a bailiff for the Will County Court retiring in January, 2015. He was a member of St. Paul the Apostle Catholic Church, Peotone American Legion Post 392, Lifetime member of the Frankfort, IL Veterans of Foreign War, and the Bradley Moose Lodge. He served for 20 years as a trustee on the Peotone Village Board from 1995 to 2015.

Visitation will be held at the Fedde-Helfrich-Cross Funeral Home on Friday, July 1 from 4:00 p.m.-8:00 p.m. A funeral mass will be held at St. Paul the Apostle Catholic Church on Saturday, July 2 at 10:30 a.m., Father Dan Hoehn and Father Roger Kutzner officiating. Burial and military honors will take place at Abraham Lincoln National Cemetery, Elwood, IL. Memorials to the family’s wishes would be appreciated.

To send flowers to the family in memory of Richard Reichert, please visit our flower store.