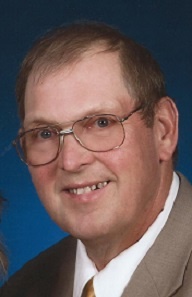 Visitation will be from 4 p.m. to 7 p.m. Wednesday at the Fedde-Helfrich-Cross Funeral Home in Peotone. Funeral services will be at 11 a.m. Thursday, also at the funeral home, with the Rev. Dwight Gorbold officiating. Burial will be in Peotone Cemetery. Memorials may be made to Immanuel United Church of Christ or the American Cancer Society.

He was born Aug. 26, 1950, in Kankakee, the son of Raymond W. and Edith M. (Rasmussen) Dubbert. They preceded him in death. He married Kandy (Ehrhart) Dubbert, of Peotone, on Feb. 16, 1974, at Immanuel United Church of Christ in Peotone.

Richard was also preceded in death by his father-in-law, LaVern Ehrhart.

Richard was a retired truck driver for Joliet Equipment in Joliet. He was a member of Immanuel United Church of Christ in Peotone, assistant superintendent of Sunday school and played on the church's dartball team. Richard enjoyed collecting, working on and riding Cushman Motor Scooters. He enjoyed farming, fishing, gardening and watching cooking shows on television.


To send flowers to the family in memory of Richard Dubbert, please visit our flower store.