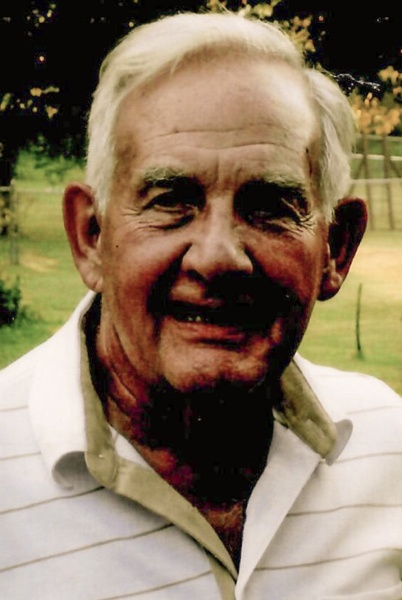 "... a free jump from 250-foot tower. It is just like the buddie seat that they have at River View. It is just as high, too..." excerpt from Rein's post card with paratrooper sent to his mother.

He entered into active service November of 1945. He was assigned to the Headquarters Company, 505 parachute Infantry, 82nd Airborne Division at Fort Bragg, NC as a mortar sergeant where he trained a new class of men every two months. He had many stories of jumping out of planes.  He also was an athletic instructor for 45 men in a daily class of physical training.  He set up plans for and gave calisthenics, runs, and three hour organized sports each afternoon.  After WWII he had an Honorable Discharge in November 1946.  At that time, he took advantage of the G.E. Bill and entered into college.

Reinhold, the Preacher and Philosopher

“The purpose of the “Lord’s Prayer’ is to make the world by our actions a place where we ‘Do justice, be kind and walk humbly with your God.’(Micah 6:8).” Reinhold was a deep thinker and translated this scripture into a simple mantra for life.

After earning his undergraduate degree in1952 at North Central College, Naperville, where he studied Philosophy, Early American Literature and German Language, Reinhold was ordained in1959 in the Evangelical Theological Seminary. He joined the Presbyterian Church USA in 1961.  From 1953 - 1991, in northern Illinois, he touched the lives of hundreds of his parishioners with his original sermons and guidance.  He served as a pastor at 6 parishes, and later as an interim pastor, at nine churches.  He blessed his immediate family, as he officiated or assisted at 13 weddings and 16 baptisms.

Rein wrote “Created to See the Stars.”   He believed "to see the stars at night and realize that God has created us to see the stars and placed us in his time, and given us the task to make his creation beautiful, free, joyful, loving everyone with whom we come in contact, and to rejoice in this gift."

Reinhold, the Builder and Fixer.

He built his first home (1953) from foundation to roof, learning the trades of concrete, framing, electricity, plumbing, plastering, roofing and everything in between. For vacationing, he built at least 12 campers, each one an experiment and improvement over the last (sometimes.)   He knew he could tackle any project his kids asked him to do:  build a deck, install whole house fans, windows, doors, washers, garbage disposals, electrical wiring, phone lines, bathrooms, showers, sinks. sewer pipes, and so on.   If something was broken, he preferred not to call a professional, and rather would “fix it himself.”  He loved his tools and always could find them in the midst of his clutter.

“The best teacher in the world is somebody who loves what he or she does and loves it in front of you.”  —Mr. Rogers.

Teaching was always a necessity in all Reinhold’s relationships.  His children

remember him teaching: gardening, bicycling, driving, exterior painting, sweat soldering, astrology, chemistry, biology, botany, wood construction.  They learned how to change a tire and spark plugs, fish a wire through a wall and how to scale a fish.

He taught his children the love of reading and writing.   He showed them how to use a library and search for meaningful books, as well as how to outline research papers and compose an A+ book analysis.   He continued to write throughout his life, sharing his stories with his children, grandchildren and great grandchildren.  He was an exceptional teacher of how to think, evaluate, and discern.

Even through his death, the teaching continues as he donated his body to the Anatomical Gift Association of Illinois.

Reinhold, the Artist and Musician

Camping with his family was one place Rein passed along his love of music.  Under the stars, around the campfire, his children all learned to sing and harmonize with their mother.   Rein self-taught melodies and chords on his ukulele, harpsichord and harmonica.   In addition to encouraging piano lessons, all four children played an instrument in band.

Also a self-taught artist, Rein enjoyed sketching, carving wood sculptures, recessed wood carvings, and painting with different media. He was especially happy with his drawing of the barnyard, making the children giggle.

You could often find Rein on the golf courses.  He always walked his 18 (or more) holes and carried two clubs -his 5 Iron and his putter.  He may have thought himself an expert as he often tried to teach you how you could swing better, longer, more direct, easier, etc.

Reinh, oldest child of six, was born in Chicago, December 22, 1926, married Dorothy Mae Cosman, January 29, 1949. During the 70 years of marriage, Dorothy was the love of his life, his best friend, confidant, and companion. She was his partner in his building adventures, sewed for him, held up structures while he worked on them, and everything in between.  At the veterans' home, she brought him homemade meals and snacks, visiting nearly daily to share their time and memories together.  Dorothy was "the wind beneath his wings."

He was father of four, Anne (Jerry) Engelhardt, Ted (Debbie) Heinrich, Tim (Deb) Heinrich, Joan (Wayne) Cann.  Some of Reinhold’s happiest family times were when the home was filled with noise and laughter of his 16 grandchildren and 14 great-grandchildren.

He was truly a special person who believed “his heaven was on earth” and his gifts live on in each of us.

Reinhold's Celebration of Life Open House will be held October 19th, 4-7 p.m., at

Memorials can be made to either:

To send flowers to the family in memory of Rev. Reinhold Heinrich, please visit our flower store.