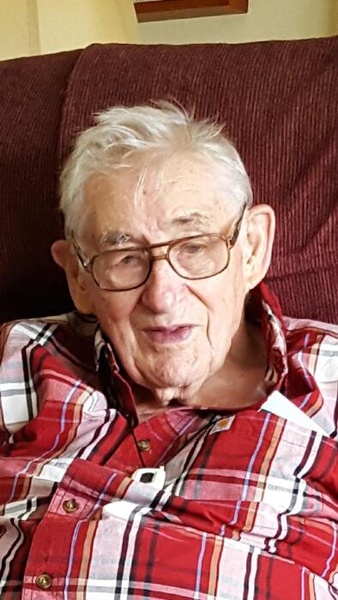 Raymond Adam Sippel, 100, of Shorewood, formerly of Monee died on July 7, 2021 at the Timbers of Shorewood. Visitation will be held on Sunday, July 11, 2021 from 2:00 PM until 5:00 PM at the Fedde Helfrich Cross Funeral Home, Peotone. Funeral Services will be held immediately following the visitation at 5:00 PM. The Rev. Pat Morton of St. John’s United Church of Christ will be officiating.

Cremation rites will be accorded. Memorials may be made to St. John’s United Church of Christ.

Mr. Sippel worked for 48 years for Clark Oil, Blue Island and farmed in Green Garden Township. He was born February 23, 1921, the son of Arthur and Clara (Weber) Sippel. He was a member of St. John’s United Church of Christ and the Fired and Retired Club at Clark Oil. His major goal was to live to 100. He loved antiquing, bird watching, vacation traveling and golf. He had a hole in one.

Mr. Sippel was preceded in death by his parents Arthur and Clara (Weber) Sippel; his brothers and sister-in-law’s. Gilbert (Lorraine) Sippel and Clarence (Norma) Sippel; his sister and brother-in-law Claire (Kenton) Stephens and his special friend Virginia Shemwell.

To send flowers to the family in memory of Raymond Sippel, please visit our flower store.