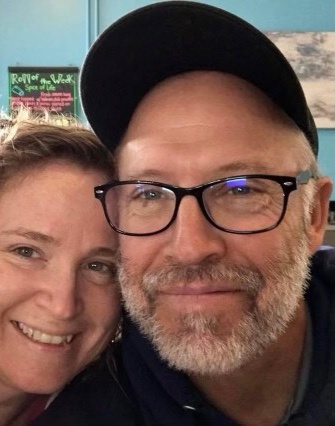 He was born on April 13th, 1963 and raised in Peotone, Illinois. He graduated from Peotone High School in 1981 and continued his education at Joliet Junior College studying agriculture. He deeply loved his wife, Patricia, whom he married in 1986. He was employed as a semi-truck driver for R&J Cartage in Porter, Indiana. He was a member of Christ Community Church in Peotone, where he had served as an elder.

Randy served as loving shepherd and steady anchor for his wife and children. He utterly delighted in his role as grandfather and was known to many for his affection towards all children, earning him the nickname “baby whisperer.” One of his distinguishing characteristics was his love of music, which each of his children also share. Randy loved being close to creation. He spent much of his time cultivating gardens, keeping beehives, splitting firewood, and conversing on his porch swing. Randy is treasured by countless others who have been touched by his gentle, gracious, and loving spirit.

Above all, Randy passionately sought God’s glory and longed to see His kingdom on Earth. For that reason, he rarely missed an opportunity to share the good news of Jesus Christ. He always had a song of worship on his heart and he consistently attributed good things in life to the Lord. His life stands as an enduring testimony to the person of Jesus Christ. Without a doubt, he is now experiencing his greatest desire and deepest joy—being in the brilliant presence of God.

A visitation will be held at Christ Community Church in Peotone on Tuesday, October 19th from 1-6 pm with a funeral service held immediately after at 6pm, officiated by Dave Alo, dear friend of the family. In lieu of flowers, donations may be made to: Truckers Against Trafficking (truckersagainsttrafficking.org), Reckless Saints of Nowhere (recklesssaintsofnowhere.com), or Adopt a Soldier (adoptasoldier.com).

To send flowers to the family in memory of Randall "Randy" Ullrich, please visit our flower store.