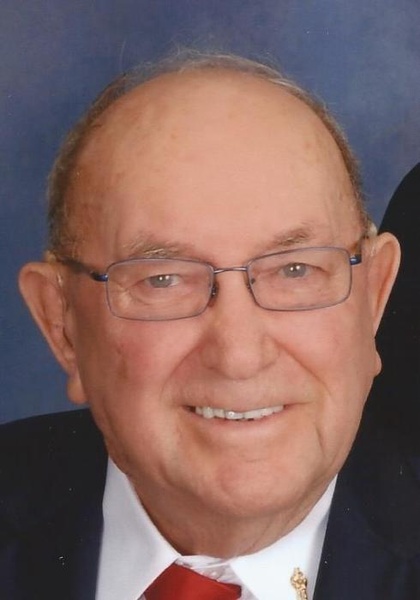 He was born on April 10, 1930 in Spencer, IL, the son of the late Edward and Martha (Nickel) Batson.  Ralph was retired from the United States Navy as a GMM 1 after 21 ½ years of service and then retired from civil service after 10 years.  He was a member of the Immanuel United Church of Christ in Peotone and lifetime member of the Peotone American Legion Post 392 and the Aptos V.F.W. Post 10100.  He was an avid Chicago Cubs fans and enjoyed playing cards.

He is survived by his wife, Rita A. (Harnack) Batson who he married on August 7, 2005 at Immanuel United Church of Christ in Peotone.  He is also survived by a daughter, Linda Batson of Aptos, CA; a son, Mark Batson of Ben Lomand, CA; a nephew, Ronald (Connie) Koehn of Fulton; and a niece, Barbara Koehn of Peotone.

Visitation will be held at the Fedde-Helfrich-Cross Funeral Home on Sunday, February 12 from 3:00 p.m.-7:00 p.m.   Funeral services will be held at Immanuel United Church of Christ, 311 W. Corning Ave, Peotone, on Monday, February 13 at 11:00 a.m., Rev. Dwight Gorbold and Nancy Wheeler officiating.   There will be visitation at the church from 10:00-11:00 a.m. prior to the funeral service.  Interment and military honors will follow at Peotone Cemetery.  Memorials to Immanuel United Church of Christ would be appreciated.

To send flowers to the family in memory of Ralph Batson, please visit our flower store.