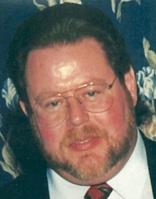 Born June 4, 1950, in Hammond, Ind. He worked as the horseman's relations person at Sportsman's Park and also was a mutual clerk and a cowboy who loved his horses. He was a member of the NRA and was of the Catholic Faith.

He was preceded in death by his parents, Joe "Boo" and Patricia Ann Burns Mudro; a brother, Scott Mudro; and a sister, Jean "Mud" Mudro McCullough.

Visitation 3 p.m. until the hour of services at 8 p.m. Tuesday, January 14, at Fedde-Helfrich-Cross Funeral Home in Peotone, with Deacon Jim Kelly officiating. Cremation rites will be accorded following services.

To send flowers to the family in memory of P.J. Mudro, please visit our flower store.