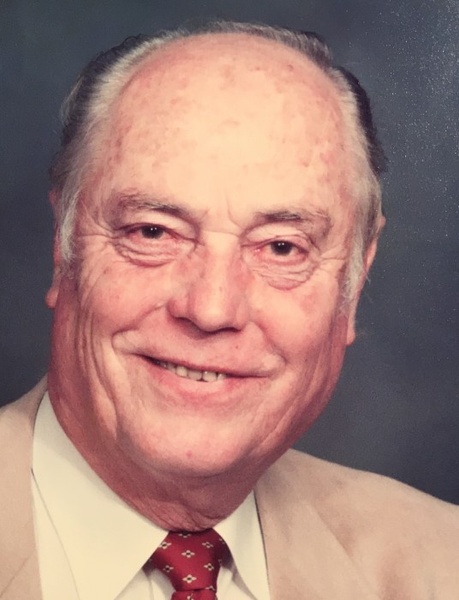 Born April 17, 1923, in Peotone, Illinois, in the family homestead house, Paul C. Rathje, a longtime resident of Peotone, IL, passed away early February 12, 2017. A longtime aviation enthusiast since he was a child, he graduated in 1943 from Parks College of St. Louis University with a Bachelor’s of Science degree and Federal Aviation Licenses for Aircraft and Engines.  In 1944, he enlisted in Naval flight training and was discharged in 1946 when World War II ended.

After the service, he worked in aviation technical engineering and support from 1946-1952. Realizing a longtime dream, in 1952, he built the Peotone airport, Peotone Aviation Services, on family farmland,  which operated from 1952-1960, with fly-in breakfasts and up to 28 aircraft on the field at a time.  Years 1961 through 1969 were spent with Bucannon Corporation as Regional Sales Manager over the Midwest and West Coast, providing technical support throughout the development of NASA’s space program.  In 1969, he joined RCA as an executive sales consultant.  Accepting a position as Sales Manager in 1974, he eventually became Vice President of Sales and Marketing for Precision Plating Company in Chicago, retiring in 2011. He developed the Mill Trace Settlement adjacent to the H.A. Rathje Windmill (donated to the Peotone Village in 1981) on family farmland over several decades.

Paul truly lived the message that he wanted to leave his family, and that was “…Optimism is the key to success and happiness.”  Paul is remembered with great love for his kind and generous spirit, his never-ending supply of anecdotes, and, perhaps most of all, his uncanny ability for building lasting relationships with all who knew him, both personally and professionally.

He was a past Commander of the Peotone American Legion Post 392, past President of Peotone Rotary Club, Merit Badge Counselor, Calumet Council, Boy Scouts of America, and an Associated Member of the  Society of Automotive Engineers and a member of the Experimental Aircraft Association.     He was also a member of Trinity Lutheran Church for over 40 years, where services will be held.

Visitation will be Wednesday, February 15, 2017, from 5-8 pm at Fedde-Helfrich-Cross Funeral Home, located at 112 W. Main Street, Peotone, IL 60468, and on Thursday, February 16, at 10:00 am until the time of the service at 11:00 am at Trinity Lutheran Church, 2901 S. Western Avenue, Park Forest, IL 60466. In lieu of flowers, contributions may be made in memory of Paul to Trinity Lutheran Church, or directly to the family to be directed according to family wishes.

Funeral information can be obtained by calling the Fedde-Helfrich-Cross Funeral Home at 708-258-6737 or on their website at www.feddehelfrichcrossfh.com.

To send flowers to the family in memory of Paul Rathje, please visit our flower store.