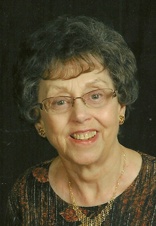 Patricia Ann Motyka, age 79, of Peotone, formerly of Madison, WI, passed away Tuesday, January 28, 2014. She was born October 7, 1934, the daughter of the late Barney and Nellie (Kunysz) Marynowski. She was the beloved wife of Walter A. Motyka, who she married on June 9, 1962 at St. Kevin Catholic Church in Chicago. She was the loving mother of Michael P. (Mary M.) Motyka of Chicago and Robert J. (Sue Kasun) Motyka of Logan, Utah; adored grandmother of Alexander, Lara, Maya and Kai; and cherished sister of Joanne (Harry) Stelmaszek of Crete, IL. She was a member of St. Paul the Apostle Catholic Church in Peotone, and past member of St. Dennis in Madison, WI, and was an avid gardener. Visitation from 3-8 p.m. on Friday, January 31 at the Fedde-Helfrich-Cross Funeral Home in Peotone with a Mass of Christian Burial celebrated at St. Paul the Apostle Catholic Church in Peotone on Saturday, February 1 at 10:30 a.m., Father Roger Kutzner officiating. Prayers at the funeral home prior to mass will be at 10:00 a.m. Interment will be private at Holy Cross Catholic Cemetery, Calumet City. In lieu of flowers, memorials in Patricia's name to Larabida Children's Hospital or Hospice of Kankakee Valley would be appreciated.

To send flowers to the family in memory of Patrici Motyka, please visit our flower store.