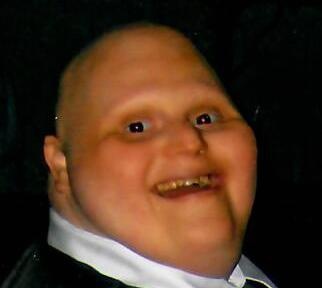 He was born on October 1, 1980 in Palos Heights, IL, the son of Jerome and Rosemary (Nardi) Wicker.  He is survived by his father, Jerome Wicker of Peotone; his brothers and sisters-in-law, Charles (Natalie) Wicker of Glencoe and Joseph (Kelly) Wicker of Peotone; his niece, Addison Rose Wicker; and his nephews, Jerome “Jack” and George Wicker.  He was preceded in death by his mother, Rosemary Wicker, on May 21, 1998.

Visitation will be held at the Fedde-Helfrich-Cross Funeral Home on Thursday, February 14 from 3:00 p.m.-8:00 p.m.  A funeral mass will be held at St. Paul the Apostle Catholic Church in Peotone on Friday, February 15 at 10:30 a.m., Father Roger Kutzner officiating.  Prayers will be held at the funeral home with Deacon Jim Kelly at 10:00 a.m. prior to the funeral mass.  Burial will be at Peotone Cemetery.  Memorials to the Adult Down Syndrome Center of Lutheran General Hospital, 1610 Luther Lane, Park Ridge, IL 60068 would be appreciated.

To send flowers to the family in memory of Maximillian Wicker, please visit our flower store.