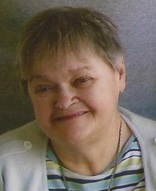 Mary Ann (Altmyer) Peck, 70, of Bourbonnais, formerly of Peotone, passed away Tuesday (May 27, 2014) at Presence Our Lady of Victory in Bourbonnais. Visitation will be from 3 p.m. Friday until the 8 p.m. funeral service at the Fedde-Helfrich-Cross Funeral Home, Peotone. The Rev. Jonathan Krogh will officiate. Cremation rites will be accorded. Inurnment will be held at a later date in Peotone Cemetery. In lieu of flowers, memorials may be made to the American Diabetes Society or to Hospice of Kankakee Valley.

Ms. Peck worked for the Kankakee County Court System as a clerk when she was young. She also previously worked as a cook at the Hen House in Peotone. She was a homemaker, taking care of and raising her children, then later she provided child care for other families. She was born March 16, 1944, in Kankakee.

Her father, Paul Altmyer, preceded her in death.

To send flowers to the family in memory of Mary Peck, please visit our flower store.