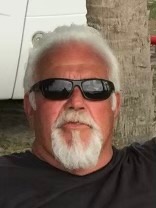 He was born on October 5, 1953 in Murphysboro, IL, the son of Paul and Pauline (Bradley) Rathert.  Marvin was a Peotone Police officer for over 28 years retiring at the rank of Lieutenant.  He also served the community as a volunteer fireman and E.M.T. with the Peotone Fire Protection District.  He especially enjoyed spending time with his family and friends and vacationing on his motorcycle.

Marvin is survived by his wife Judith (Besse) Rathert who he married on December 6, 2008; his 2 sons, Grant Rathert of Peotone and Ryan Rathert of Plainfield; his step-children, Christine (Nick) Bumba of Elmhurst, Jackie Stevenson of Utah, and Michael Zyla of Minnesota; his grandchildren, Mason Bumba, Gavyn Bumba, Raegan Stevenson, Teague Stevenson, and Nathan Zyla; 2 sisters, Carole Kadubec and Sandy Andres both of Florida; 2 nieces; and numerous great-nieces and great-nephews.  He was preceded in death by his parents; his in-laws, Theresa Torres Besse and Robert Besse; and 2 brothers-in-law, John Kadubec and Ken Andres.

A memorial visitation will be held at the Fedde-Helfrich-Cross Funeral Home on Friday, December 11 from 2:00 p.m.-7:00 p.m. Due to the global health pandemic (COVID-19) the wearing of a face covering will be required to enter the funeral home and social distancing must be observed.  Following the visitation there will be a memorial parade around the streets of Peotone where Marvin proudly served for many years.  Memorials in his name may be directed to St. Jude Children’s Research Hospital or the Scleroderma Research Foundation.  There will also be another celebration of Marvin’s life which will be held sometime in the spring of 2021.

To send flowers to the family in memory of Marvin Rathert, please visit our flower store.