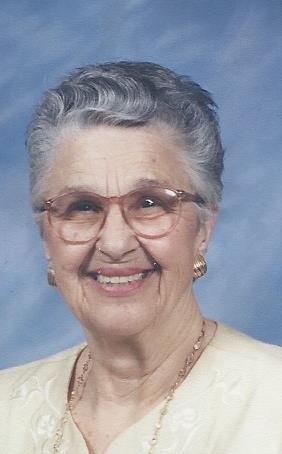 Marie Bucher, age 90, of Mokena, passed away on Friday, February 17, 2017 at Meadowbrook Manor in Bolingbrook.

She was born on November 1, 1926 in Chicago, the daughter of the late Albert and Emma (DuMey) Wiedefeld.  She married the late August Bucher on June 26, 1946 in Chicago.  He died on August 23, 1985.  Marie was a homemaker, a member of St. Mary’s Catholic Church in Mokena where she was an active member in the C.C.W., and was very active in AIDS Ministry.

Visitation will be held at the Fedde-Helfrich-Cross Funeral Home on Tuesday, February 21 from 3:00 p.m.-8:00 p.m.  Funeral mass will be held at St. Paul the Apostle Catholic Church in Peotone on Wedneday, February 22 at 10:30 a.m., Father Roger Kutzner officiating.  Cremation rites will be accorded following services.  In lieu of flowers, memorials to the Alzheimer’s Association or masses in memory of Marie would be appreciated.  Sign the guestbook at www.feddehelfrichcrossfh.com

To send flowers to the family in memory of Marie Bucher, please visit our flower store.