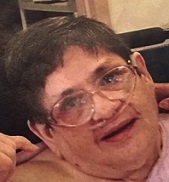 She was born on March 18, 1944 in Harvey, IL. She is survived by her mother, Angela (Ribando) Marchino of Watseka, formerly of Peotone; a brother-in-law, James L. Fox of Peotone; a niece, Vanessa Koehn of Woodworth, IL; and 3 great-nephews, Cory (Erin) Koehn of New Albany, IN, Randy (Emily) Koehn of Indianapolis, IN, and Daniel Koehn of Watseka. She was preceded in death by her father, Sam Marchino (1972); her sister, Jeannine P. (Marchino) Fox (2003), and a nephew, Duane Koehn (2001).

To send flowers to the family in memory of Lois Marchino, please visit our flower store.