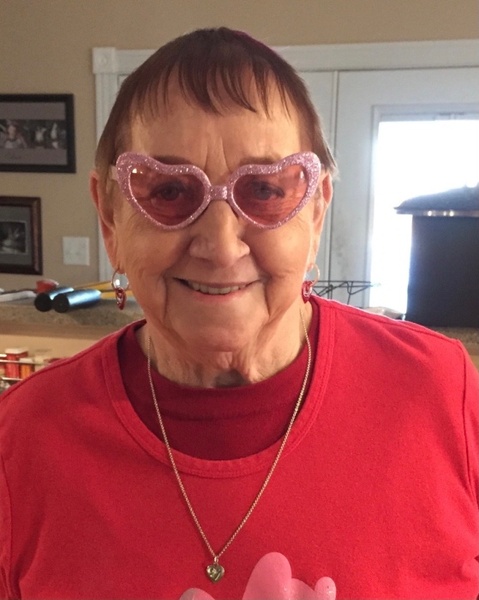 Linda R. Przybytek, age 85, formerly of Peotone, passed away on Tuesday, May 31, 2022 at Iroquois Memorial Hospital in Watseka, IL.

She was born on June 14, 1936 in Blue Island, IL, the daughter of Richard and Emily (Martin) Reali.  She married John B. Przybytek on July 21, 1956 in Palos Heights, IL.  He passed away on July 2, 2007.  Linda was a fun-loving person who always had a smile on her face.  She enjoyed playing games and traveling.  She especially loved celebrating all of the holidays and eating White Castles and ice cream.

Linda is survived by her son, Richard Przybytek of Mesa, AZ; 3 daughters and sons-in-law, Jill and Frank Holzaepfel of Peotone, Amy and Robert Johnson of Peotone, and Dawn and Chris Hopper of Limestone; 10 grandchildren; 10 great-grandchildren; and a sister and brother-in law, Janet and Mitch Cobey of Chicago.  She was preceded in death by her parents, her husband, and a sister, Judy Anders.

Cremation rites have been accorded and services will be private.  Share a memory at www.feddehelfrichcrossfh.com

To send flowers to the family in memory of Linda Przybytek, please visit our flower store.