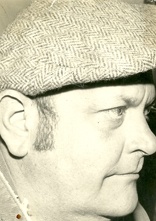 He was a US Army Veteran and member of the Frankfort, IL American Legion, a member of St. Anthony of Padua Catholic Church in Frankfort, and was a founding Charter Member of the Knights of Columbus 11232 and a Grand Knight.

Visitation will be held at the Fedde-Helfrich-Cross Funeral Home in Peotone on Wednesday, January 8 from 3-9 p.m. A Mass of Christian Burial will be celebrated at St. Anthony of Padua Catholic Church in Frankfort on Thursday, January 9 at 11:00 a.m. with prayers at the funeral home at 9:45 a.m. prior to mass. Father Greg Skowron will officiate. Burial will be at Peotone Cemetery. Memorials to the family’s wishes would be appreciated. For info call 708-258-6737

To send flowers to the family in memory of Lawrence Coghlan Sr, please visit our flower store.