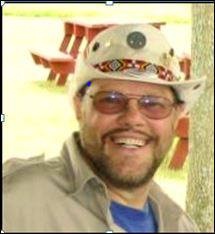 Larry Joseph Chisausky passed away peacefully on April 12th, 2019, accompanied by family and his beloved dog. Records show he was born to WWII Veteran Joseph Chisausky and Anne Paldowic Chisausky in Albuquerque NM on January 23rd, 1947. Larry, however, insists he landed with the aliens at Roswell just 201 miles away that same year.

Larry developed strong calves and a deep seated love for coffee and donuts at a very young age working as a paperboy in Chicago, before starting to work 25 hours a day in the restaurant industry. He proudly served his country as an Army Artillery Specialist in Vietnam from February 1968 to September 1969. He saw combat and returned with life and limb intact, though a little hard of hearing (which lives on in the loudness of his children’s’ voices). Upon return, he worked in various IT positions, where he taught himself programming in multiple languages and co-authored a book.

He is survived by four children Eric (Gwendolyn), Rachel, Lucas, and Jacob, three grandchildren Colin, Liam, and Sean, a very wide dog, and decades worth of dehydrated food. He will forever be remembered for his energy and enthusiasm for the great outdoors, his readiness for the apocalypse, and his great skill in getting discounts and freebies. Larry marched to the tune of his own drum, or in his case, perhaps a Native American flute song. He could always be depended on to clear a dessert table at the end of a party, and to continue learning throughout his life, most recently earning his Community Emergency Response Team Certification at the age of 71. He spent countless hours teaching First Aid and Emergency Preparedness to scouts, survival groups, and anyone who would listen.

He never hesitated to brag about his children or his own accolades, which include American Legion Post 392 1st Vice Commander, Boy Scout Woodbadge recipient, Rotary International Paul Harris Fellow, Live Free American Survivor leader, Will County Veterans Commission Board Member, and many others.

Although the Verizon Customer Service Department will likely appreciate the reprieve, Larry will be missed by the many people touched by his unique and energetic life.  In lieu of flowers, please send donations to your local scouting organization. A memorial visitation will be held at the Fedde-Helfrich-Cross Funeral Home on Saturday, April 20 from 2:00 p.m.-6:00 p.m. with Peotone American Legion honors and memorial service beginning at 6:00 p.m.  Following the memorial service, the family invites everyone to join together at the Peotone American Legion Hall for dinner.  A memorial funeral mass will be held at St. Paul the Apostle Catholic Church in Peotone on Monday, April 22 at 10:30 a.m., Father Roger Kutzner officiating.  Military honors and committal services will be held at Abraham Lincoln National Cemetery in Elwood, IL on Monday, April 22 at 1:00 p.m.

To send flowers to the family in memory of Lawrence Chisausky, please visit our flower store.