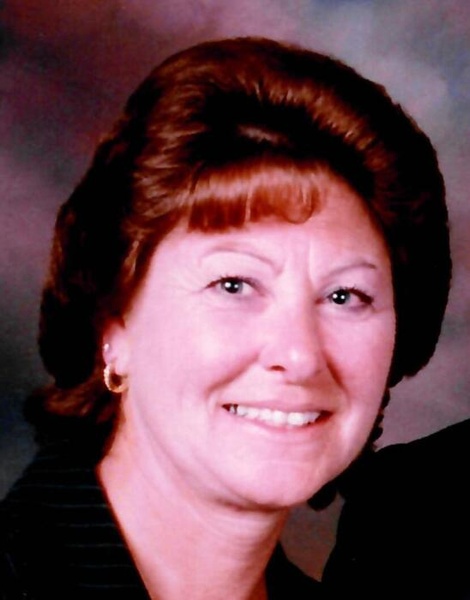 Joyce A. Albers, age 65, of Peotone, passed away on Friday, June 18, 2021 peacefully at her home after a short battle with cancer.

She was born on April 1, 1956 at St. Francis Hospital in Blue Island, IL the daughter of John and Myra (Eylander) Thatcher.  Joyce attended Peotone High School graduating with the Class of 1974.  She married Keith Albers on April 21, 1979 at St. Patrick’s Catholic Church in Wilton Center.  He passed away on March 4, 2009.  She began working at Peotone Supermarket while she was still in high school and worked there for 22 years.  She then went to work at Federal Signal in University Park, IL and worked there for 27 years retiring on May 4, 2021.

Joyce’s passion was gardening and flowers.  She was born “with a green thumb”.  She took joy in planting and growing pumpkins for her nieces, nephews, grand-nieces, and grand-nephews.  They looked forward every year to receiving the home grown pumpkins from Aunt Joyce’s garden.  She enjoyed making her home and grounds beautiful with gardens of breathtakingly beautiful flowers for all to enjoy as they drove past her home in the country.  She had looked forward to retiring and spending time with family and friends.  She will be deeply missed.

Joyce is survived by her sister, Janet (Gary) Hase of Monee; her brother, Jimmy Thatcher of Peotone; a loyal special friend, Dean Heisner; 3 sisters-in-law, Pam Love of Manteno, Rosalie (the late John) Thatcher and Debra (the late Joseph) Thatcher both of Wilmington; and numerous nieces and nephews.

Visitation will be held at the Fedde-Helfrich-Cross Funeral Home on Thursday, June 24 from 3:00 p.m.-8:00 p.m.  A funeral mass will be celebrated at St. Paul the Apostle Catholic Church in Peotone on Friday, June 25 at 11:00 a.m., Father Roger Kutzner officiating.  Burial will be at Peotone Cemetery.  Memorials may be directed to the wishes of the family.

To send flowers to the family in memory of Joyce Albers, please visit our flower store.