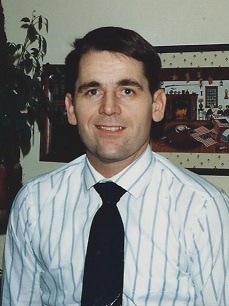 John M. Wick, 69 of Peotone, IL passed away Thursday September 22, 2016 at his home. Mr. Wick was born January 4, 1947 in Los Angeles, CA the son of Virgil and Grace Wick. He is survived by his loving wife Carrie Wick nee Green and his children John (Carryne) Wick of Otego, NY, Andrew (Brenda) Wick of Manteno, IL and Tami Spade of California. A brother Timothy (Laura) Wick and 7 grandchildren also survive. John served this country in the United States Navy, was a talented tradesman as well as being very involved in the Boy Scouts of America. His parents as well as a daughter Tanya precede him in death.

To send flowers to the family in memory of John Wick, please visit our flower store.