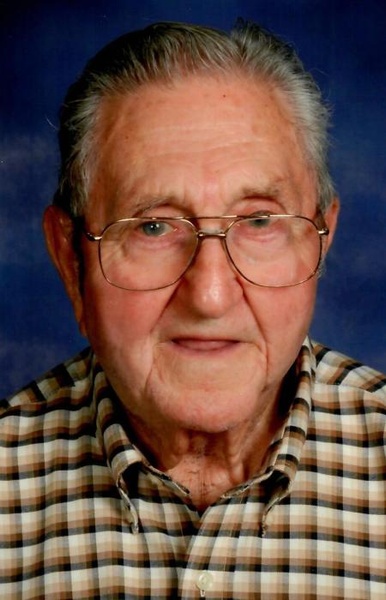 John J. Thatcher, age 90, of Monee, died Sunday, August 19, 2018 at Riverside Medical Center in Kankakee. Visitation will be from 4 p.m. to 8 p.m. Thursday, August 23, 2018 at the Fedde-Helfrich-Cross Funeral Home in Peotone. A Mass of Christian Burial will be held at 10:30 a.m. on Friday, August 24, 2018 from St. Boniface Catholic Church in Monee. Father Roger Kutzner and Father Dan Hoehn will officiate. Burial will be in Peotone Cemetery. Memorials to the family wishes would be appreciated.

Mr. Thatcher was born July 24, 1928 at St. Francis Hospital, Blue Island, IL, the son of Andrew and Lola (Fritz) Thatcher.  He was a retired steel worker at Acme Steel in Riverdale and a long time farmer.  He was a proud member of St. Paul the Apostle Catholic Church in Peotone.  He enjoyed farming, gardening, and especially fishing.  He especially enjoyed his time spent in Freemont, Wi on the Wolf River with his wife, Myra.  He so enjoyed spending time with his children, grandchildren, great-grandchildren, family and friends.

To send flowers to the family in memory of John Thatcher, please visit our flower store.