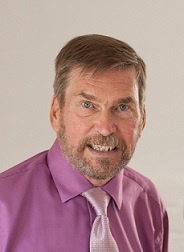 He was a US Army Veteran serving from 1963-1966 stationed in Germany. He worked as an electrician for the Illinois Central/Metra Railroad for 42 years retiring in September of 2008. He attended the First Baptist Church of Manteno. He enjoyed working in his yard, gardening, riding his motorcycle and bicycle; and was a fan of the Chicago Bears.

He is survived by his wife, Carolynn L. (Walsh) Van Etten who he married on September 8, 1967 in Chicago. He is also survived by four children; Daniel (Kristi) Van Etten of Grant Park, Karen (Carl) Shoemaker of Manteno, Rebecca (Brian) Broderick of Manteno, and Katie (Gordie) Greenley of Kankakee; nine grandchildren, Jonathan and Alex Van Etten; Abigail, Sam, and Ian Malloy and Luke Shoemaker; Ben and Emma Broderick; and Ava Zelhart; three brothers, Ronald (Elizabeth) Van Etten of Arkansas, Robert Van Etten of Midlothian, and Michael Van Etten of Chicago; two sisters-in-law, Kit (Bob) Flanagan of Orland Hills, and Peggy (Milan) Nikse of Crete; and numerous nieces and nephews. He was preceded in death by his parents; a brother, David Van Etten; his father-in-law and mother-in-law, John and Florence Walsh; and a brother-in-law, John R. Walsh.

To send flowers to the family in memory of John Etten, please visit our flower store.