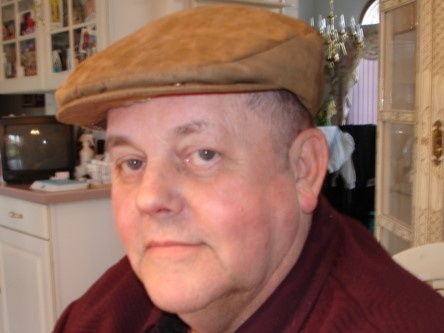 Jerome Wicker, age 77, of Peotone, passed away on Saturday, October 24, 2020 at Franciscan Health in Crown Point, IN.

He was born on April 26, 1943 in Chicago, IL, the son of Charles H. and Justine (Burchat) Wicker.  He was a US Army Vietnam Veteran serving with the 128th Helicopter Division with the ending rank of Specialist E-4.  He attended flight school at Fort Rucker, AL.  He married Rosemary J. Nardi on October 11, 1969 in Chicago, IL.  She preceded him in death on May 21, 1998.  Following his time in the Army, Jerome went to work for Pepsi-Cola.  He started as a route driver and then became the Distribution Manager for the Chicago region retiring after 38 years of employment.  He also served as a board member for the Boys and Girls Clubs of America from 1975-1998.  During this time, he served as the chairman of Summerfest and co-chairman of Super Night which were 2 of their largest fundraising events of the year.  Jerome also served the Village of Peotone as a dedicated Village Board Trustee for 17 years.  He was a member of St. Paul the Apostle Catholic Church and a proud and devoted member of the Peotone American Legion Post 392.

He is survived by two sons and daughters-in-law, Charles (Natalie) Wicker of Glencoe and Joseph (Kelly) Wicker of Peotone.  He was preceded in death by a son, Maximillian Wicker on February 11, 2019.  He was also a loving and devoted grandfather to Addison Rose Wicker, Jerome “Jack” Wicker, and George H, Wicker.  He was preceded in death by his parents; his wife; his son; a sister, Clara Novak; and 2 brothers, Eugene Novak and Charles Wicker.

A public visitation will be held at the Fedde-Helfrich-Cross Funeral Home on Thursday, October 29 from 3:00 p.m.-8:00 p.m.  Due to the global health pandemic (COVID-19) the wearing of a face covering will be required to enter the funeral home and social distancing must be observed.  A private funeral mass will be celebrated at St. Paul the Apostle Catholic Church, Father Roger Kutzner officiating, with private interment at Peotone Cemetery. Memorials to the Adult Down Syndrome Center of Lutheran General Hospital, 1610 Luther Lane, Park Ridge, IL 60068 would be appreciated.

To send flowers to the family in memory of Jerome Wicker, please visit our flower store.