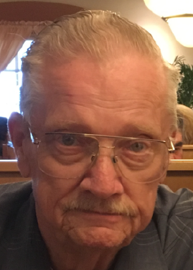 He was born on June 2, 1934 in Harvey, IL; the son of the late Henry and Ethel (Thompson) Fox.  He married the late Jeannine P. Fox on December 12, 1959 in Kankakee.  She died on March 14, 2003.  He was a retired welder for Allis Chalmers and Berg Ladder.  He was a US Army Veteran, enjoyed being with his family, loved to watch Westerns on TV, and enjoyed going to the rifle range on a nice Summer day.

He is survived by his daughter, Vanessa Koehn of Woodworth; three grandsons, Cory (Erin) Koehn of Milford, Randy (Emily) Koehn of Indianapolis, IN, and Daniel (fiancé Rebekah) Koehn of Covington, IN; six great-grandchildren, Luke, Nathan, Landon, Sean, Cooper, and Josh; and his mother-in-law, Angela Marchino of Watseka.  He was preceded in death by his parents, his wife, his father-in-law, Sam Marchino; his son-in-law, Duane Koehn (2001); and his sister-in-law, Lois Marchino (2015).

To send flowers to the family in memory of James Fox, please visit our flower store.