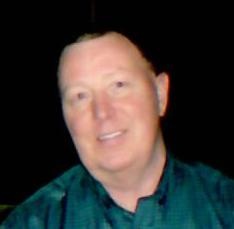 He was born on May 20, 1947 in Harvey, IL, the son of Stanley and Veronica (Malecki) Egelski.  He was a United States Army Veteran and served two tours in Vietnam.  He was a retired mail carrier for the U.S. Postal Service working in Harvey and then Dolton.  He was a member of St. Paul the Apostle Catholic Church in Peotone and enjoyed skeet shooting and hunting.

He is survived by his wife of 51 years, Barbara (Szymanski) Egleski who he married on April 12, 1969 in Riverdale, IL.  He is also survived by two daughters, Donna Egelski of Madison, WI and Sarah Abraham of Tinley Park, IL; 2 grandchildren, Mason and Bella; 2 sisters, Nancy Senerchia of Orland Park, IL and Judy (Mike) Mills of Florida; a brother-in-law, Jerry Szostak of Elk Grove Village, IL; 2 brothers-in-law and sisters-in-law, Greg (Chris) Szymanski of Beecher, IL and Robert (Carol) Szymanski of Overland Park, KS; and numerous nieces and nephews.  He was preceded in death by his parents and a sister, Patty Szostak.

A private family interment service will be held at Abraham Lincoln National Cemetery in Elwood, IL.  A memorial funeral mass will be celebrated at St. Paul the Apostle Catholic Church in Peotone at a later date.  Memorials in his name may be directed to St. Jude Children’s Research Hospital.

To send flowers to the family in memory of James Egelski, please visit our flower store.