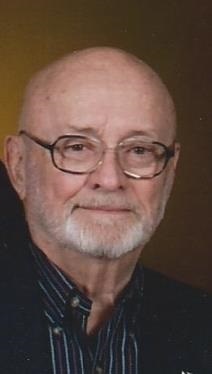 J. Clifford Oliver, age 82, of Peotone, passed away on Friday, February 12, 2016 at Provena Our Lady of Victory in Bourbonnais.

He was born on October 25, 1933 in Kankakee County, the son of the late Fred J. and Martha (Tank) Oliver. He married Joan (Schroeder) Oliver on April 26, 1953 at Immanuel United Church of Christ in Peotone. Cliff worked at Andres Elevator for 15 years until going to work for Will Dupage Service Company where he was employed for 28 years. He then worked for the Peotone Park District until retiring. He was a member of the Peotone Fire Protection District for over 30 years retiring as Chief of the department. He was one of the original paramedics in the State of Illinois and served in that capacity for 23 years in Peotone. He also served on the EMS board at Ingalls Hospital for over 20 years. He was a member and past elder at Immanuel United Church of Christ, life member of the Peotone Historical Society, former Peotone Park District Board member, and former member of the Loyal Order of the Moose and Legion of the Moose.

He is survived by his wife, Joan (Schroeder) Oliver of Peotone; two sons and daughters-in-law, Greg (Jean) Oliver and Brian (Karen) Oliver both of Peotone; four grandchildren, Matt Oliver, Jackie Oliver, Taylor Oliver, and Jacob Oliver; and one great-grandson, Bradley Oliver. He was preceded in death by his parents; a son, Patrick Oliver (1995); a sister and brother-in-law, Dorothy (Ervin) Lange; and two brothers and sisters-in-law, Ralph (Jeanne) Oliver and Kenny (Barbara) Oliver.

To send flowers to the family in memory of J. Oliver, please visit our flower store.