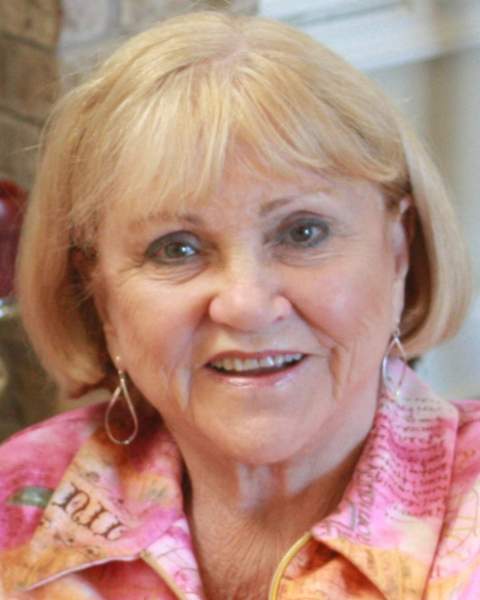 She was born on July 22, 1932, in Manteno, IL, the daughter of Carl and Thelma (Alstott) Payne.  She married David L. Dralle, Sr. on June 11, 1950, in Manteno.  He passed away on July 14, 1992.  Irma was very active in the family automobile business, Dralle Chevrolet and Buick in Peotone, as well as the family farm.  She was a member of Green Garden United Methodist Church and the church’s women’s fellowship.  She was past president of the Peotone Junior Women’s Club and acted as a Republican Committee Woman for Green Garden Township.  Later in life, she would spend 8 months of the year living in Naples, FL where she was a director of the Naples Philharmonic and a member of the North Naples Methodist Church.  Irma was an avid golfer and was a member of the women’s leagues at Green Garden Country Club in Frankfort, IL, Vineyards Country Club in Naples, FL, and the Royal Pines Country Club in Lady’s Island, SC.  She was a major supporter of Misericordia Home/Heart of Mercy in Chicago.

Visitation will be held at the Fedde-Helfrich-Cross Funeral Home on Friday, September 16, from 3:00 p.m.-7:00 p.m.  Funeral services will be held at the Green Garden United Methodist Church, 26256 S. US Hwy 45, Manhattan, IL 60442 on Saturday, September 17 at 11:00 a.m., Rev. Richard Young officiating.  Visitation will be held at the church from 10:00 a.m. to 11:00 a.m. prior to service.  The funeral service will be live streamed on the Fedde-Helfrich-Cross Funeral Home Facebook page.  Interment will follow at Peotone Cemetery.  Memorial to Misericordia Home/Heart of Mercy, 6300 N. Ridge Ave., Chicago, IL 60660 in her name would be appreciated.  Share a memory at www.feddehelfrichcrossfh.com

To send flowers to the family in memory of Irma P. Dralle, please visit our flower store.

Send a Sympathy Card
Make a donation to Misericordia Home in memory of Irma P. Dralle
​