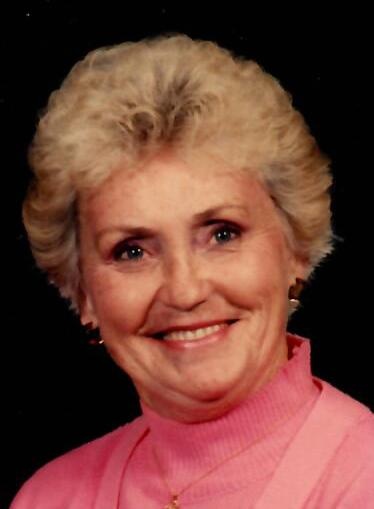 Helen L. Stonewall, age 93, of Manteno, formerly of Peotone, passed away on Sunday, September 23, 2018 at Riverside Medical Center in Kankakee.

She was born on December 5, 1924 in Clemons, IA; the daughter of the late Benjamin and Bessie (Clemons) Duffy.  She married the late Ozzie Stonewall on July 11, 1945 in Gilman, Iowa.  He preceded her in death on May 8, 2003.  She worked on the family farm and then later as a volunteer nurse and factory worker during World War II.  She retired from Bennett Industries in Peotone in the late 1980’s.  She enjoyed walking and also visiting the Peotone American Legion Post 392 for her glass of wine and socializing.  She was a member of the Peotone United Methodist Church and the Peotone American Legion Auxiliary.

She is survived by her daughters; Kathleen McFadden and Patricia Grady both of Manteno; and her sons, Michael (Lisa) Stonewall of Palmer, TX , and Jeffrey Stonewall of Manteno; 7 grandchildren, Brett, Amber, Sydney, Jackie, Rasalyn, Ben, and Colleen; 7 great-grandchildren, Ella, Elizabeth, Gage, Bella, Braiden, Jeremiah, and Allysa; and 2 sisters, Charlotte (Harold) Lancaster of Scottsdale, AZ and Bernadell Lily of Marshalltown, IA; and numerous nieces and nephews.  She was preceded in death by her parents; her husband; 7 brothers; 5 sisters; and a daughter-in-law, Lois Stonewall.

Visitation will be held at the Fedde-Helfrich-Cross Funeral Home on Friday, September 28 from 4:00 p.m.-7:00 p.m. with private family graveside services on Saturday, September 29 at Peotone Cemetery, Rev. Richard Young officiating.    Memorials to the Peotone American Legion Post 392 would be appreciated.

To send flowers to the family in memory of Helen Stonewall, please visit our flower store.