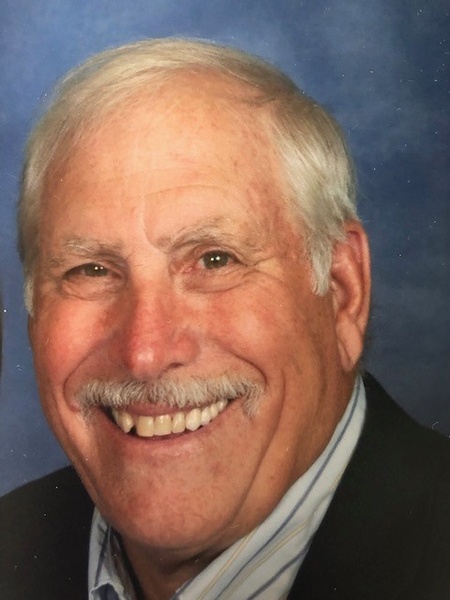 He was born on October 7, 1947 in Joliet, the son of Carl and Marie (Yunker) Ginder.  He was raised in Orland Park and moved to Peotone when he was in 8th grade.  He was baptized at St. John’s United Church of Christ in Mokena and was confirmed at Immanuel United Church of Christ in Peotone where he was still a member today.  He was a Peotone High School graduate, class of 1965. He married Bonnie Jean (Hameister) on November 30, 1974 at Immanuel United Church of Christ in Peotone.  Glenn worked on his parent’s farm growing up, taking over following his father’s death.  He served in the Army Reserves and worked at the Joliet Arssenal.  He was a life-long grain farmer and also raised cattle and hogs over the years.  He was very active in his church and community.  He was a former youth group leader, council member, Elder; and dart ball team member at Immanuel United Church of Christ in Peotone.  He was currently serving as President of the Will County Farm Bureau and as a Will Township Board Trustee.  He also served on the boards of the BM Lewis and Black Walnut Drainage Districts.  He was a FFA and 4-H member growing up and served as a 4-H Willing Wilton Workers leader as an adult.  He belonged to the Illinois Corn Growers Association traveling to Japan and South Korea as a member.  He was very active in the farming community hosting tool shed meetings and also hosting Plow Days for over 25 years.  He had a love for old tractors and watching them work the ground.  He served on the Will County Concerns Committee, was part of the Casey’s General Store Coffee Club, a member of the Peotone American Legion Post 392, and an active member of Tractors For A Cure.

His greatest love was his family.  Glenn is survived by his loving wife, Bonnie; his three children, Kelly (Henry) Reus, Scott (Nicole) Ginder and Kurt Ginder; his grandchildren, Henry and Harper Reus; Isaac Ginder, and soon to be born Izzy Ginder.  He is also survived by his sister-in-law and brother-in-law, Judy and Dennis Cowger; 5 nephews and their families; and numerous cousins.  He was preceded in death by his parents; a sister, Mary Sapp; his father-in-law and mother-in-law, Manrow and Anna Hameister; and a nephew, Chad Cowger.

Due to COVID-19 and the family’s concerns of others and wanting to keep people safe, a drive-by visitation will be held on Wednesday, April 8, 2020 from 12:00 p.m.-2:00 p.m. at Peotone Cemetery. There will be no guest book at the cemetery, please sign the online guestbook that is available on this site. The graveside service will be private for immediate family only but will be live streamed for the public to view on Wednesday, April 8, 2020 at 2:00 p.m. on the Fedde-Helfrich-Cross Funeral Home Facebook page.  Rev. Krouskoupf will officiate.  For the visitation, upon arrival visitors will enter through the farthest east entrance of the cemetery.  Everyone will be asked to stay in their vehicles to drive by the casket to pay their final respects and proceed to exit the cemetery.  On behalf of the family and the funeral home staff, we would like to thank you for your cooperation.  A public memorial service will be held at a later date to celebrate the life of Glenn Ginder.  In lieu of flowers, memorials may be directed to Immanuel United Church of Christ in Peotone or the Will County Farm Bureau Foundation.  Sign the guestbook at www.feddehelfrichcrossfh.com

To send flowers to the family in memory of Glenn Ginder, please visit our flower store.