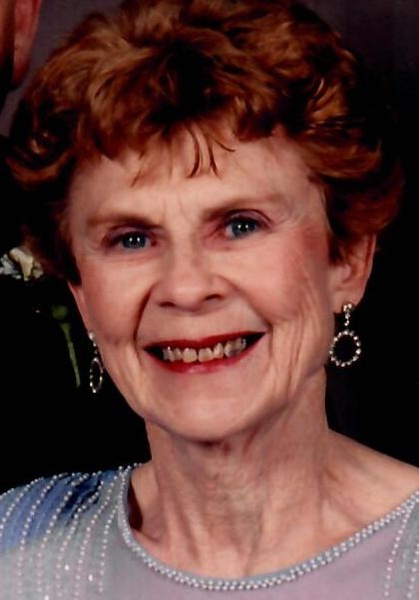 She is survived by her daughters and sons-in-law; Jean and Greg Oliver and Ginger and Steve Saliba, all of Peotone; a son-in-law, Tom Helfrich of Wilmington; grandchildren, Samantha (Dan) Tewes, Forrest (Brandi) Helfrich, Hayley (Andrew) Harvey, and Kacie (Kevin) Schultz, Matthew Oliver and Jackie Oliver, and Eddie, John, and Andrew Saliba; great-grandchildren, Bradley Oliver, Claire and Charlotte Tewes, Dylan Helfrich, and baby Schultz due in November; a sister-in-law, Prudence “Penny” (Jack) Holt; and special caregiver, Vicenta Hotis.  She was preceded in death by her parents; her husband; a daughter, Jill Helfrich (July 10, 2007); and a sister, Maxine Fields.

To send flowers to the family in memory of Geraldine Pierce, please visit our flower store.