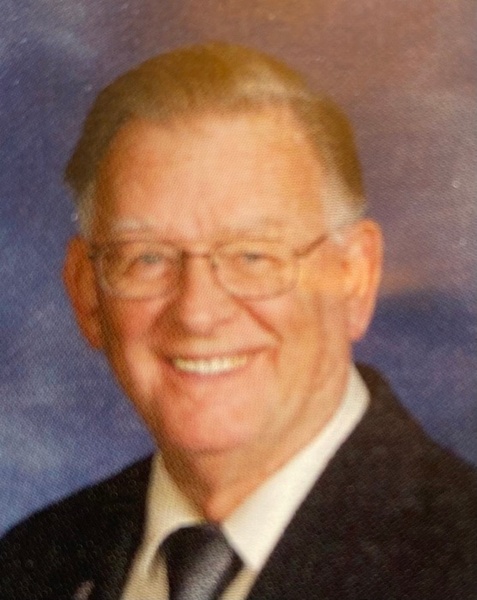 Frank James Woss, age 85, of Peotone, passed away on Saturday, January 1, 2022 peacefully at his home.

He was born on July 29, 1936 in Chicago, the son of Frank John and Elizabeth (Conlin) Woss.  He married Marion Kainrath on June 2, 1956.  She preceded him in death on July 12, 2012.  Frank was a retired meat-cutter.  He was a member of St. Paul the Apostle Catholic Church in Peotone.  He enjoyed shooting, laughing and telling stories, and especially spending time with his family.

Visitation will be held at the Fedde-Helfrich-Cross Funeral Home on Wednesday, January 5, 2022 from 4:00 p.m.-8:00 p.m.  A funeral mass will be celebrated at St. Paul the Apostle Catholic Church on Thursday, January 6, 2022 at 10:30 a.m., Father Dan Hoehn officiating.  A prayer service will be held at the funeral home at 10:00 a.m. prior to the funeral mass.  Burial will be at Calvary Cemetery in Lockport.  Memorials in his name may be directed to the Peotone Fire Department.  Sign the guestbook at www.feddehelfrichcrossfh.com

To send flowers to the family in memory of Frank Woss, please visit our flower store.