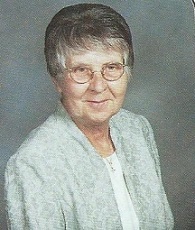 She was born on January 2, 1939 in Peotone, the daughter of the late John and Hattie (Gast) Thiesfeld. Eleanor married the late Kenneth Andres on July 27, 1957. They had four children together; Taffy, Dale, Beth, and David. She worked and retired from Jewel Foods after 35 years. Ellie enjoyed gardening, sewing, crafts, and attending grandchildren’s events. She was also a member of the Peotone Immanuel United Church of Christ and the Immanuel Women’s Fellowship.

She was preceded in death by her parents; two brothers and sisters-in-law, Verlin (Beverly) and Franklin (Charlotte); a daughter, Taffy; a brother-in-law, Merlyn; and a son-in-law, Kenneth Jones. All services will be private.

To send flowers to the family in memory of Eleanor Andres, please visit our flower store.