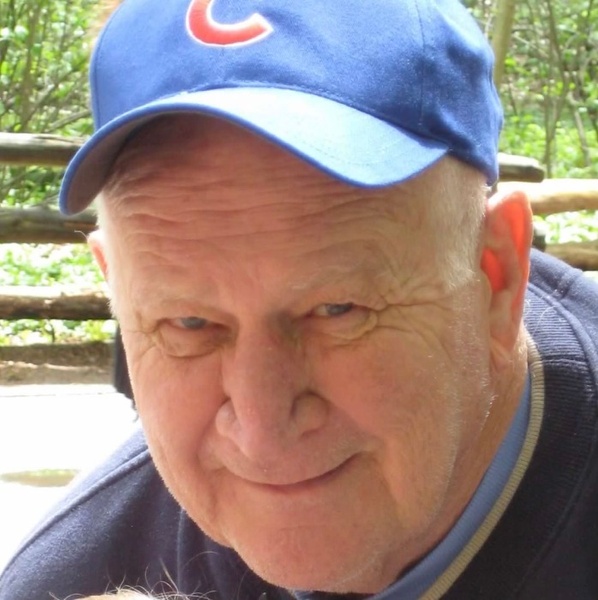 He was born on June 27, 1938 in Chicago, the son of Edward J. and Justine “Cooky” (Dole) Gall.  Ed grew up and attended school in Peotone.  He was a United States Navy Veteran serving from 1956-1958.  He married Sandra Hawryluk on March 21, 1975 in Kankakee.  He served as an auxiliary police officer in Peotone and was a volunteer member of the Peotone Fire Department.  He worked full time as a Village of Monee police officer until leaving to work as a Will County Sherriff Office Police Deputy until his retirement.  Ed was a member of the Amvets Post 1493 and the Peotone American Legion Post 392.  He was a Chicago Cubs and Chicago Bears fan.  Ed was an avid Ford enthusiast and enjoyed attending car shows.  He was a steadfast reader of John Grisham novels and a lifelong gardener.  Ed enjoyed traveling to warm tropical destinations with a special fondness of “Rand McNally mapping” his treasured cross-country family vacations.  He had a mischievous sense of humor, a uniquely remarkable whistle, an ice-cream-all-the-time grand-parenting style, and was the loyal patriarch of his family.

He is survived by his wife, Sandra M. Gall of Peotone; his children, Amy (Andrew) Crawford of Fairfield, CT, Theresa (Jack) Fitzpatrick of Falls Church, VA, and Mark (Nicole) Gall of Peotone; his grandchildren, Madeline and Benjamin Crawford, Eloise and John Hunter Fitzpatrick, Emerson, Lilla, and Reid Gall, and Louis Sirois; and numerous nieces and nephews.  He was preceded in death by his parents, Edward J. and Justine “Cooky” Gall; and 3 sisters, J. Carol (Larry) Ponton, Sharon Mikota, and S. Sue (Lowell) Price.

Cremation rites have been accorded.  A memorial visitation will be held at the Fedde-Helfrich-Cross Funeral Home on Saturday, February 19 from 2:00 p.m.-5:00 p.m.  Military honors and memorial service will be held at 5:00 p.m.  The wearing of a face-covering will be mandatory for attending these services.  Private interment at Abraham Lincoln National Cemetery will take place at a later date.  Sign the guestbook at www.feddehelfrichcrossfh.com

To send flowers to the family in memory of Edward Gall, please visit our flower store.