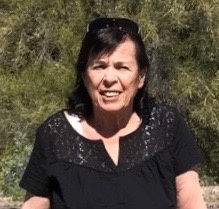 She was born on February 18, 1942 in Chicago Heights, IL, the daughter of Joe and Phyllis (Nesci) Manes.  Dorothy grew up in Glenwood, IL and graduated from Bloom High School.  She married Gordon D. Kelly on November 3, 1962 in Glenwood, IL.  He passed away on October 4, 2014.  She was a homemaker and enjoyed going to garage sales, baking, and watching her children and grandchildren play sports.  She was a member of the Peotone American Legion Auxiliary.

To send flowers to the family in memory of Dorothy Kelly, please visit our flower store.