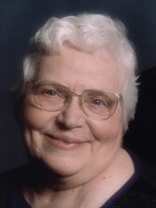 Doris was born and raised in Havana, IL. She was born on July 13, 1923, the daughter of the late Herbert and Otilla (Lippert) Ganson. She received her bachelor's degree from the University of Illinois (U of I) in home economics where she was the President of the Isabel Bevier Home Economics Club and a member of the 4-H House. Doris was an active alumnus and was the Treasurer of the University of Illinois Home Economics Alumni Association. In 1989, the U of I Alumni Association awarded her the prestigious Loyalty Award for Devotion in Leadership, and service to her alma mater.

Her 38 year teaching career began in Melvin, IL. From there she moved to Peotone, IL and married Russell C. Kruger on May 30, 1952. She taught high school home economics for 36 years at Peotone High School. During this period of time, Doris was the school's sponsor of the Future Homemaker of America (FHA) Club, State Sponsor for the Illinois Association of FHA, Advisor to State FHA Officers, and Advisor to National FHA Officers.

4-H was important throughout all of Doris' life. She was the Organization Leader for the Peotone Cleverettes 4-H Club for 20 years and on the state level, the Secretary of Will County 4-H Leaders Organization. In 1984, Doris was one of the elite Illinois 4-H alumni to receive the 4-H Alumni Award. It honored the recipients for their career accomplishments in their civic, community and professional activities.

Doris was an active and faithful member of the First United Presbyterian church of Peotone. She was the co-founder of the Helping Hands in August 1986. It was an organization formed to help families in need of assistance with back-to-school clothing and supplies. Over the years, it expanded to help families with food for the Holidays and house hold bills. Little did these two ladies know their desire to meet a simple need would turn into an enduring ministry supported by community businesses, congregations and individuals. What began as a late summer project in August 1986 has turned into an on-going ministry assisting over 150 households each month representing 600 individuals. Doris was also responsible for creating the church's Annual Quilt Show and actively assisted with the annual Antique Shows and Pork Chop BBQ dinner.

Doris was a true friend and supporter of her community. In 2001, she was named Citizen of the Year.

Doris is survived by her 2 children, Milton (Maureen J.) Kruger of Spring Lake MI, and Jean Kruger (John) Hicks of Wheaton, IL. She is also survived by 2 grandchildren; Kurt Kruger and Jackson Hicks; and a sister, Edna Faye (Jack) Steele of Havana, IL. She was preceded in death by her parents; her husband, Russell C. Kruger (Oct. 1, 2008); a brother, Milton Ganson; and a sister, Marjorie Kisler.

Visitation will be held at the Fedde-Helfrich-Cross Funeral Home in Peotone on Saturday, May 24 from 10:00 a.m. to 12:00 p.m. Funeral services will be at the funeral home on Saturday, May 24 at 12:00 p.m., Rev. Jonathan Krogh officiating. Burial will follow at Peotone Cemetery. Another celebration of Doris's life will be held at the First Presbyterian Church in Peotone at a later date. Memorials to Helping Hands or the Alzheimer's Association would be appreciated.

To send flowers to the family in memory of Doris Kruger, please visit our flower store.