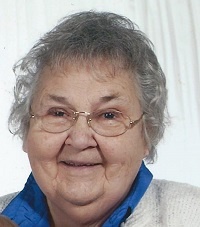 She was born on February 13, 1931 in Joliet, IL, the daughter of the late Michael and Mable (Kirstein) Gallagher. She married the late Wesley R. Hawryluk on March 5, 1949 in Manhattan, IL. He passed away on September 6, 1990. She was a former school bus driver for both Christensen and Warning Bus Companies and a former prep cook for The Cottage Bakery in Peotone. She was a member of St. Paul the Apostle Catholic Church, the church’s Council of Catholic Women, and the Peotone American Legion Auxiliary.

To send flowers to the family in memory of Doris Hawryluk, please visit our flower store.