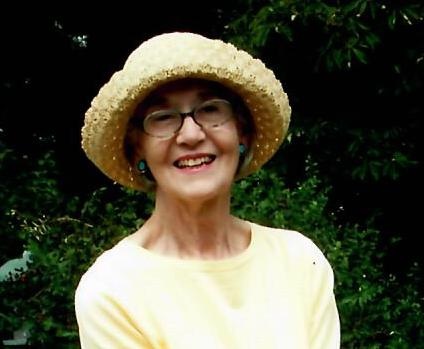 She was born on March 20, 1932, the daughter of William Garnet and Opal (LoRoche) Davis, at her grandmother’s house in Jennings County, IN.  Growing up she worked in the tobacco fields along Bear Creek in Indiana.  Later, she moved to Kankakee, IL to live with her sister, Barbara.  She went to work as a dental assistant for Dr. Bancroft in Kankakee.  It was while working at this job she met her future husband, Robert N. Loitz.  She married Bob Loitz on February 8, 1953 and moved to the farm east of Peotone. It was there they would raise their two sons, Victor and Joseph.  After the boys were grown, Donna went to work for Schneider Travel Agency in Kankakee as a travel agent.  She was a member of Peotone United Methodist Church where she sang soprano in the church choir for many years.  She was an avid reader; especially books on history; loved to paint art, and enjoyed collecting Indian turquoise and silver jewelry.  She also designed and sewed clothing and especially loved to travel.

She is survived by two sons, Victor E. Loitz of Westminster, CO and Joseph (Sue) Loitz of Coral Springs, FL; a grandson, Andrew J. Loitz; and four sisters, Barbara Annette (Charles) Simmons of Kankakee, Marsha Rose (the late Del) Posing of Kankakee, Willa Glen (Col. Patrick) Murphy of Massena, NY and Marie Kathleen Davis of Massena, NY.  She was preceded in death by her parents and her husband, Robert N. Loitz on October 10, 2012.

Visitation will be held at the Fedde-Helfrich-Cross Funeral Home on Friday, July 12 from 11:00 a.m.-1:00 p.m. with funeral services being held at 1:00 p.m., Rev. Richard Young officiating.  Burial will be at Peotone Cemetery.  Memorials to Peotone United Methodist Church would be appreciated.

To send flowers to the family in memory of Donna Loitz, please visit our flower store.